In October, a landmark $1.175 million settlement was reached in a federal class action lawsuit arising from federal agents’ wrongful detention and mistreatment of 100 Latino workers during and after a 2018 raid at a Grainger County slaughterhouse. Sherrard Roe Voigt & Harbison attorneys acted as local counsel for the workers, contributing 1100 hours of pro bono legal services in a case involving egregious government misconduct that upended the lives of scores of families in a tight-knit East Tennessee immigrant community. 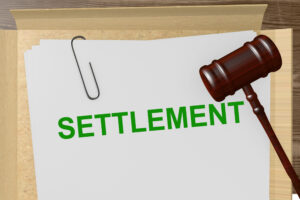 SRVH’s John Farringer, who personally worked over 350 hours on the case, said the settlement recognized not only the federal agents involved but also the wide-ranging impact the raid had on the detained workers and their loved ones.

“It was terrifying for these families, many of whom have lived in this small town for years and were part of the fabric of the community,” he said. “They had no idea what had happened to their loved ones, where they were taken, or when they would see them again. Over 400 kids didn’t show up at school the day after the raid because their parents were scared of what might happen next.”

The Southeastern Provision slaughterhouse was the largest employer in Bean Station, Tennessee, employing hundreds of workers, including many Latino immigrants. In April 2018, agents from the Internal Revenue Service (IRS) and Immigration and Customs Enforcement (ICE) raided the slaughterhouse. In seeking the warrant authorizing the raid, the IRS and ICE told a federal magistrate judge they were seeking to gather records to support a tax evasion case against the plant’s owner. However, records obtained during the litigation demonstrated that the agencies intended to and ultimately did use the search warrant as an excuse to mount the federal government’s largest workplace immigration raid in over a decade.

The IRS and ICE agents’ conduct during the raid drew national attention for its callousness and cruelty.

As reported in the Tennessee Lookout:

“Video obtained by the Tennessee Lookout via legal action showed the agents stormed inside the plant, immediately began separating white plant workers from those with brown skin, mocked the Latino workers and brutalized at least two of them.

The Latino workers were handcuffed, loaded onto buses and transported to a National Guard armory building in a neighboring county without any legal basis or paperwork and held them there for hours. Many were later shipped out to immigration detention facilities without notice to their families.

White workers, on the other hand, were allowed to go free….”

No agent knew any of the 97 workers’ identities or immigration status before detaining them.  After being detained, the workers were handcuffed, loaded into a van, and taken to the armory in nearby Russellville while their families waited for word about what happened to their loved ones.

Under the settlement, which has been preliminarily approved by the court, the six Latino workers who initially filed the suit will collectively receive $475,000, while all other members of the class of workers impacted by the raid will receive a total of $550,000.  In addition, upon request, class members can obtain a letter from ICE confirming their membership in the class that can be included in any applications for immigration relief.  The court has scheduled a final approval hearing on February 27, 2023.

The National Immigration Law Center and Southern Poverty Law Center brought the case on behalf of the Latino workers and retained SRVH to act as local Tennessee counsel. SRVH attorneys attended or took several depositions, appeared at all hearings, and participated in the mediation that led to the settlement, among other work on behalf of the plaintiffs. The firm worked on a pro bono basis, which amounted to the equivalent of $800,000 in legal services. While SVRH was entitled to recover some compensation for its efforts, it refused to accept any fees so as not to reduce the amount the plaintiffs would receive.