To Arbitrate or Not to Arbitrate? Key Factors to Consider before a Dispute Arises 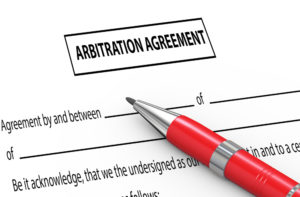 If you want to arbitrate a dispute (instead of litigate in court), you must agree to do so in advance. A party who has not agreed from the outset to arbitrate will not be compelled to arbitrate, and a party who has agreed in advance to arbitrate cannot flip-flop and subsequently opt for court proceedings if a dispute arises. Instead, the parties are bound by the terms of their arbitration agreement. Additionally, if the agreement is ambiguous, then both Tennessee and federal law establish a strong presumption in favor of arbitration.

So, if the decision to arbitrate must come now, instead of later, then which route is advisable? There is no one-size-fits-all approach or answer to that question, but the following considerations should inform that decision.

Some attorneys are more comfortable with the rules of evidence and better able to use them to keep the decision maker from learning uncomfortable facts, which would be a reason to opt for litigation. Other considerations, like how well clients keep records and access to witnesses, also affect this calculus. Also, the rules of evidence do not apply in arbitration, causing some information to be admitted into evidence during arbitration that would not otherwise be admitted in litigation. If you are likely to do well under rigid evidentiary rules, litigation would give you an advantage over a party who is not as facile with the rules of evidence.

If your client will want a jury, then you will want to litigate the dispute. If your client will not want a jury, then whether to litigate is a closer call. Compared to litigation, arbitration allows for much more input into how many arbitrators there will be (e.g., one or three), who the arbitrators will be, how they will be chosen, and the required qualifications (e.g., an architect, engineer, or contractor) of the potential arbitrator.

It appears that, compared to decision-makers in litigation, arbitrators are less likely to follow the law and more likely to make decisions based on their individual notions of fairness. Given this perception and the limited ability to overturn an arbitration award, if you have a good equitable position but a bad legal position, you will find arbitration far more advantageous than litigation

In litigation, procedures are more predictable. Within the bounds of the rules of civil procedure, the rules of evidence, and common law, you will be able to predict who may be joined in the case, how much discovery you can take, what will be considered by the judge or jury, etc. In arbitration, however, all of these things are largely left to the discretion of the arbitrator; therefore, it will be more difficult to predict how they will be decided.

Arbitration will allow the parties to adjudicate their dispute in a much more private fashion than litigation. Unlike litigation, where all of the court records are public, none of the filings or proceedings in arbitration are publicly record. Also, covenants of confidentiality can be drafted into your arbitration agreement.

Whether it is faster to resolve the dispute in arbitration depends upon a number of factors, such as the size of the dispute and the court where the dispute would be filed. For example, a case in General Sessions court will almost always take less time to resolve than litigation of the same case in chancery, circuit, or district court due to the absence of formal pleadings, limited discovery, and the absence of the appellate procedures.

All nationally recognized arbitration services charge administrative fees that far exceed the initial filing fees in litigation. Additionally, the parties must also pay the arbitrator’s fees. While the administrator and arbitrator fees are important considerations in evaluating the relative cost of arbitration versus litigation, other factors such as the cost of discovery, motion practice, and appeal are also important considerations. Given these factors, a good rule of thumb is that arbitration is usually less expensive than litigation in small cases, but in large, complex cases, it is a much closer call.

Whether to agree to arbitrate is not a one-size-fits-all decision. Depending upon these considerations and others, arbitration may be advantageous in one situation but disadvantageous in others.

Photo By Ribah from Shutterstock Forced into Bankruptcy: Could Unsecured Creditors File an Involuntary Bankruptcy Petition Against Your Business?Blog, Taxation