Forced into Bankruptcy: Could Unsecured Creditors File an Involuntary Bankruptcy Petition Against Your Business?

By Bob Mendes
Posted June 4, 2020
In Blog, Taxation
Forced into Bankruptcy: Could Unsecured Creditors File an Involuntary Bankruptcy Petition Against Your Business?2020-06-042020-06-05/wp-content/uploads/2018/03/srvh_color.pngSRVH Lawhttps://www.srvhlaw.com/wp-content/uploads/2020/06/blog_mendes_ryan_involuntarybankruptcy.jpg200px200px
0
0

Last month, investment firm Ashkenazy Acquisition surprised the New York real estate world when it filed an involuntary Chapter 11 petition to force the glamorous Surrey Hotel on the Upper East Side into bankruptcy. What prompted the move? Before we examine that, it’d be helpful to understand what an “involuntary bankruptcy” is. 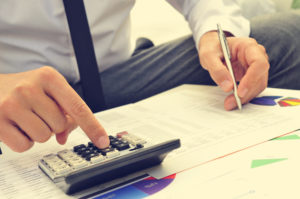 One reason unsecured creditors may file an involuntary petition is because they face an overly aggressive secured lender. Perhaps the debtor’s business has value as a going concern, which would be lost if the secured creditor liquidated its collateral. The filing of an involuntary petition may give a trustee a chance to briefly operate the debtor’s assets and sell them at fair market or going concern value, as opposed to liquidation. Another reason could be that the unsecured creditor wants (or needs) the debtor to continue in business and suspects the debtor has different plans.

This brings us back to Ashkenazy Acquisition. The investment firm took over a $45 million leasehold mortgage on the Surrey Hotel in 2018. Due to COVID-19, hotel business has slumped, which is likely one reason the Surrey Hotel missed its payment in April on its lease. In its petition, Ashkenazy stated that it suspects the hotel is working with the leaseholder on a plan to default, which would free up the property for the leaseholder. If successful, any collateral that Ashkenazy Acquisition had in the hotel would be lost in the process. So Ashkenazy Acquisition acted preemptively by attempting to push the hotel into bankruptcy, which, per Ashkenazy, would allow for the lease to be “restructured in bankruptcy over an extended period of time, as hotel operations will likely be slow to rebound.”

Photo by nito from Shutterstock To Arbitrate or Not to Arbitrate? Key Factors to Consider before a Dispute ArisesBlog, Litigation and Dispute Resolution