As I’ve noted before, healthcare is by far the industry most targeted by the Department of Justice (DOJ) and whistleblower lawyers. But this does not mean that other industries are safe; any company that receives money from a federal agency may be subject to scrutiny and False Claims Act (FCA) investigation for alleged improper billings or noncompliance. Procurement fraud targets can include construction companies that contract with the Department of Transportation, for-profit schools that obtain student scholarships through the Department of Education, or, as DOJ reminded us this week, any of the myriad of businesses who contract with the U.S. armed forces. 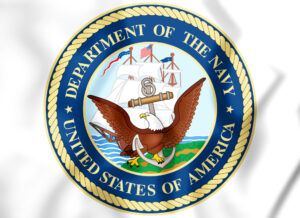 Indeed, Colas Djibouti’s conduct was sufficiently problematic that the company admitted to criminal liability and entered into a deferred prosecution agreement, paying an additional $12.5 million in forfeiture, restitution, and criminal penalties. In announcing the criminal resolution, the Southern District of California noted that, “[i]n one particularly egregious example, in response to a request for an analysis of the water used in the concrete mix, Colas Djibouti provided an analysis for a store-bought bottle of drinking water.”

Although $15 million in total payments is far from the largest fraud case DOJ has handled this year, it is a significant global resolution, particularly given that it was a fraud against the U.S. military. As the U.S. Attorney for the Southern District of California said, “Wherever our Navy goes, we go. We will continue to unwaveringly protect our American warfighters from fraud, graft and corruption as they protect us from enemies foreign and domestic.” Any enforcement action concerning fraud on the military is good politics and policy for DOJ, and particularly problematic for the target company from a public relations standpoint.

But government investigations of this nature are not limited to a military context. In fact, there is precedent for FCA resolutions of this type of alleged fraud involving the federal Department of Transportation here in Nashville. In 2013, the United States Attorney’s Office for the Middle District of Tennessee announced three separate FCA settlements with Sherman-Dixie Concrete Industries, Inc., Hanson Pipe & Precast, and Oldcastle Precast, Inc., resolving allegations that the companies’ products, including concrete endwalls used in highway construction, “did not meet specifications as they related to the strength and placement of rebar within the pre-cast products.” The three companies paid approximately $1.3 million total to settle the transportation fraud allegations.

Every year, DOJ and whistleblower attorneys generate hundreds of millions of dollars in procurement fraud settlements and judgments.

Every year, DOJ and whistleblower attorneys generate hundreds of millions of dollars in procurement fraud settlements and judgments. Although this total is often dwarfed by the settlement totals in the healthcare industry, this is little consolation to government contractors who find themselves in the crosshairs. Even a successful defense of an FCA case can cost a corporation millions. Companies and their employees who do business with the federal government must be vigilant in their compliance efforts and should retain counsel at the first sign of potential problems.

We continue to monitor developments in the FCA space. Subscribe to the SRVH blog and follow us on Twitter for future updates. Contact the lawyers in our Government Compliance & Investigations, Healthcare, or Construction Law groups with any questions or concerns.

Photo By yui from Shutterstock