In 2018, the Centers for Disease Control (CDC) wrote in a crisis communications pamphlet that an important principle is to “be first, be right, be credible.” I know, no matter where you fall on the political or vaccine spectrum, looking at this statement from the CDC makes you chuckle a bit in 2022.

This post is not meant to be political or even critical of the CDC. I can’t even imagine the challenges the agency has faced in the last two years, especially when they are communicating science that is evolving and research that is constantly shifting, to a world that is increasingly polarized on every conceivable issue. However, I don’t think it’s that controversial to state that the messaging hasn’t exactly been consistent.

Part of your crisis planning means that everyone is on the same page and communicating the same message.

That lesson of consistency is a good reminder regardless of your industry. Part of your crisis planning means that everyone is on the same page and communicating the same message. This can be critical, especially in a large organization. I cringe at this as a lawyer, but as a reporter, I always contacted my best sources first when there was big breaking news. And that meant I may have contacted an officer on the street, not the police chief, or a key employee and not the CEO. So, I may have had a lot of fodder for my story, but the communication was likely inconsistent with the company line or top administration. So, my advice is to develop a plan and make sure it gets communicated to everyone in the know, especially those who may have contact with the press. Make sure your team knows who the spokesperson is and refer everyone to that appointed person. 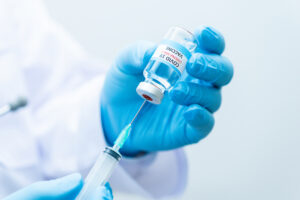 The importance of consistency is often apparent when working with a larger legal team or working on a case with general counsel. Suppose a major motion is filed, for example, and the press just calls the first person on the signature block or the person the reporter knows. It can cause some perception problems if the reporter, for instance, calls general counsel, gets one perspective, and then calls another lawyer on the case who provides a statement that isn’t consistent with the general counsel’s interview.  While it may not be harmful to the client, it doesn’t paint your team as a strong, cohesive group with effective communication and organization. Sometimes these perceptions can make a difference in how the media or a client views your business.

So, while you try to calculate if you are really on day five or day six of your quarantine or whether you need to recycle the cloth masks and buy an N95, remember that being right and first is great, but if you aren’t consistent in your messaging, you risk losing credibility.

Photo By Mrz producer from Shutterstock