Tennessee recently passed a law that abolishes judicial deference to state agencies in certain contexts and promotes limits on agency power. Tenn. Code Ann. § 4-5-326. The new law provides important protections for regulated businesses and individuals in Tennessee who are in disputes with state agencies over a statute or rule’s meaning. But it also has important limitations and unresolved questions that regulated parties should consider when making decisions that could implicate agency enforcement.

Regulated parties should pay attention to two important provisions in the new law. 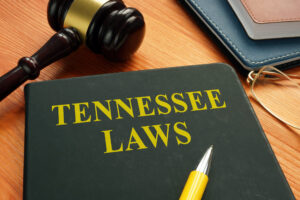 Before this law, Tennessee courts deferred to a state agency’s interpretation of its own rule or regulation—the agency’s interpretation was “controlling” unless it was “plainly erroneous or inconsistent” with the underlying rule or regulation. Pickard v. Tennessee Water Quality Control Bd., 424 S.W.3d 511, 522 (Tenn. 2013). In the federal system, this practice is known as Auer[1] or Seminole Rock[2] deference. Although the U.S. Supreme Court recently recognized important limits on the doctrine, Kisor v. Wilkie, 139 S. Ct. 2400, 2414-18 (2019), the Court declined to overrule it. Thus, Tennessee’s new law means state courts will now be less deferential to state agencies’ interpretations of their rules and regulations than federal courts are with respect to federal agencies.

The parallel deference doctrine that applies to agency interpretations of the statutes they administer—known as Chevron[3] deference in the federal system—did not apply in Tennessee courts even before the enactment of Tenn. Code Ann. § 4-5-326. Instead, “an agency’s interpretation of its controlling statutes” was “a question of law subject to de novo review.” Pickard, 424 S.W.3d at 523. So Tennessee’s new law prevents the adoption of Chevron deference as a matter of state law but, with a notable exception discussed below, does not substantially change existing doctrine regarding statutory interpretation.

Second, the new law directs courts to resolve any ambiguity in a statute or regulation against increased government power: “After applying all customary tools of interpretation, the court shall resolve any remaining ambiguity against increased agency authority.” Tenn. Code Ann. § 4-5-326. This amounts to a substantive canon of construction that favors regulated parties over the government, much as the rule of lenity requires ambiguous criminal statutes to be construed in favor of the criminal defendant and against the government. See, e.g., State v. Hawkins, 406 S.W.3d 121, 137 (Tenn. 2013).

Tennessee appellate courts have not yet interpreted or applied Tenn. Code Ann. § 4-5-326. Although the law provides important protections for regulated businesses and individuals, it is important to recognize the law’s limits and unresolved questions concerning its application.

One important limit is that the law, on its face, applies only in an “appeal of a judgment in a contested case” under the Tennessee Uniform Administrative Procedures Act (UAPA), Tenn. Code Ann. § 4-5-101 et seq. Tennessee’s version of Auer deference may apply more broadly than just contested cases under the UAPA. See, e.g., Vodafone Americas Holdings, Inc. & Subsidiaries v. Roberts, 486 S.W.3d 496, 528 (Tenn. 2016) (applying Auer deference in a tax refund suit). And it remains to be seen what impact, if any, Tenn. Code Ann. § 4-5-326 will have outside of appeals from contested cases.

Additionally, the law’s substantive rule against interpretations that increase agency authority applies only if a statute or rule remains ambiguous “[a]fter applying all customary tools of interpretation.” Tenn. Code Ann. § 4-5-326. As with other doctrines that turn on a finding of ambiguity, there is sure to be litigation over what counts as “ambiguous enough” to trigger the law’s substantive canon of construction. For example, the rule of lenity applies only when there is “a grievous ambiguity or uncertainty in the statute.” State v. Deberry, 651 S.W.3d 918, 932 (Tenn. 2022). By contrast, a contract may be deemed ambiguous if it is “susceptible to more than one reasonable interpretation.” Individual Healthcare Specialists, Inc. v. BlueCross BlueShield of Tennessee, Inc., 566 S.W.3d 671, 691 n.18 (Tenn. 2019). It remains to be seen what level of ambiguity is required to trigger the canon against increased agency authority.

If you need assistance navigating a dispute with a state agency over the meaning of a statute, rule, or otherwise, please contact one of our litigation attorneys at Sherrard Roe Voigt & Harbison today.