Issuance of Corporate Transparency Act’s Final Rule Starts Compliance Clock Ticking for 32 Million Businesses. Here’s How to Find Out if Your Company Is One of Them.

By Will Pugh
Posted December 12, 2022
In Blog, Corporate
Issuance of Corporate Transparency Act’s Final Rule Starts Compliance Clock Ticking for 32 Million Businesses. Here’s How to Find Out if Your Company Is One of Them.2022-12-122022-12-12/wp-content/uploads/2018/03/srvh_color.pngSRVH Lawhttps://www.srvhlaw.com/wp-content/uploads/2022/12/blog_pugh_issuance-of-corporate-transparency-acts-scaled.jpeg200px200px
0
0

The passage of the Corporate Transparency Act (CTA) in 2021 was a far-reaching expansion of the federal government’s efforts to stop money laundering and related financial crimes by imposing new and extensive reporting requirements on about 90 percent of American businesses. These mandatory, detailed, and complicated disclosure obligations focus on identifying “beneficial ownership information” (BOI) for an entity, specifically the individuals who run or have influence and interests in the entity. With the September 29, 2022, issuance of a Final Rule implementing the CTA that delineates the scope of required disclosures and defines the “Reporting Companies” that must comply, businesses can now assess whether they fall within the act’s scope before the Final Rule becomes effective on January 1, 2024.

For companies subject to the CTA, compliance is non-negotiable, and failure to make the required disclosures can result in significant fines and even jail time. As such, it is critical that all business owners understand their obligations under the act, no matter how modest their enterprise may be.

The Fundamentals of the CTA

When Congress passed the CTA in January 2021, its stated intent was:

To accomplish these objectives, the CTA establishes self-reporting obligations for non-exempt companies regarding the individuals who run or have influence and interests in them and the company itself. The federal government will add this information to a database managed by the Financial Crimes Enforcement Network (FinCEN) division of the U.S. Treasury Department. The database will be accessible to federal law enforcement officers and agencies. With court approval, other national intelligence and enforcement agencies can obtain access, as can private financial institutions and their regulators, with the reporting company’s consent. The FinCEN database is not intended to be publicly accessible.

FinCEN is also charged with enforcing the law and is the entity that drafted and promulgated the Final Rule.

Unlike most federal regulatory schemes focusing on large entities, the CTA specifically targets “smaller, more lightly regulated entities that are less likely to be subject to any other [beneficial ownership] reporting requirements.” The expansive scope of the act led FinCEN to estimate that “the total number of existing entities in 2024 that may be subject to the reporting requirements is 36,581,506.”

Is Your Business a “Reporting Company” Subject to the CTA’s Disclosure and Reporting Requirements? 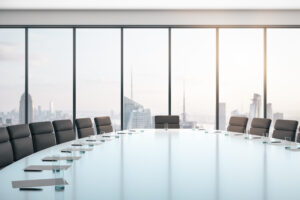 Subject to several exceptions, most entities created by filing documents with a secretary of state are considered “Reporting Companies.” The Final Rule defines a “Reporting Company” as either a domestic or foreign corporation, limited liability company, or any other entity “created by the filing of a document with a secretary of state or any similar office under the law of a State or Indian Tribe.” This would include limited liability companies, limited partnerships, statutory trusts, and corporations—no matter how small.

The Final Rule clarifies FinCEN’s interpretation of this definition as excluding “sole proprietorships, certain types of trusts, and general partnership” from the definition of “Reporting Companies” as such entities are not “created through the filing of a document with a secretary of state.” This is true even if such entities register for a business license or similar permit—as such documents do not “create” the entity.

Entities Exempt From the CTA

The CTA exempts 23 categories of entities from the definition of “Reporting Company.” Despite having the statutory authority to do so, FinCEN declined to adopt any additional exemptions in the Final Rule. Most exemptions are for businesses that already have beneficial ownership reporting obligations under other laws. If your business is one of the following, it is not subject to the CTA:

You can use the following flow chart to determine whether your company is exempt from the CTA’s reporting requirements:

Consequences of Non-Compliance With the CTA

The penalties for non-compliance or fraud outlined in the CTA are fairly harsh. Any person or entity that “willfully provides, or attempts to provide, false or fraudulent information or willfully fails to report when required” could face civil fines of $500 per day, criminal fines of up to $250,000, and up to five years in prison.

In a subsequent post, we will discuss the nature and scope of information Reporting Companies must provide to FinCEN, including who is considered a “Beneficial Owner.” If you have questions about the Corporate Transparency Act and its impact on your business, please contact one of the corporate attorneys at Sherrard Roe Voigt & Harbison today. Government Asks Supreme Court to Weigh in on the Knowledge Element of the False Claims Act: Does Evidence of Subjective Intent Matter in All Cases?Blog, Government Compliance & Investigations