Are You Creating News?

Sometimes upset clients will call me because they know a story is going to air or an article will be published about them or their company. And I get the fairly straightforward legal question: can we seek an injunction? If, for example, we know the reporter has false and defamatory information, the answer may be yes, we can seek an injunction. But the real question is — should we seek an injunction? Of course, there are legal considerations, including the high standard to get an injunction, the difficulty of proving defamation, and strategic considerations. There are also the practical considerations of whether we can seek injunctive relief quickly enough or within the client’s budget. All these things are important, but we often fail to consider whether alienating the press actually causes or creates additional news coverage.

It’s every reporter’s dream to be known as a bulldog.

Just as lawyers love testimonials and other accolades that show how smart and tough they are, reporters and news organizations are no different. If an individual or business is so concerned about a media report from a certain station or newspaper, it only adds to that station’s reputation of being a tough media outlet that holds people accountable. Any viewer knows this just by watching a newscast and hearing, “As we first reported here,” or “After lawmakers saw our exclusive investigation and took it to the governor…” The media loves to pat itself on the back. It’s human nature. As a reporter, there’s a part of you that wants to be feared. I still remember when former Titan Frank Wycheck called me a bulldog on his morning show for my reporting on player Adam “Pacman” Jones, and several people asked if I was upset with his new nickname for me. Upset? I was so flattered. It’s every reporter’s dream to be known as a bulldog. Aggressiveness is a virtue in the news world.

So, moving for an injunction may be an appropriate legal move, but if you do file one, you can almost guarantee coverage of a story you were likely trying to avoid in the first place. Not only will that news outlet cover the injunction hearing and the fact that this person chose to try to stop the press, but the actual story you were trying to conceal will also get even more airtime than you first feared. And talk about tipping off the competition. You may have worried about one story by one news outlet, but you may have transformed your story into one that everyone now wants to cover. 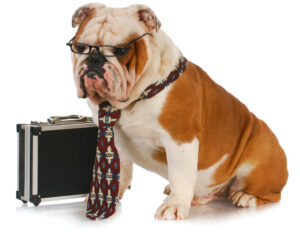 I’m reminded of a time a client asked me to organize a press conference, and after I did, she said she wanted to talk to every single reporter except one. Despite my advice to not go forward that way and give that reporter a golden opportunity, the client did it anyway. And what was the headline for the excluded reporter? Jane Doe talked to everyone else, but she won’t talk to this newspaper because of all of the previous coverage about her. And remember that really bad previous coverage she hated? Here’s a rehash of it. Now, the story was not only about what was discussed at the press conference, but it amplified the previous coverage considered to be negative by the client, and it highlighted how she excluded this one reporter. Not surprisingly, it was a feather in the reporter’s cap and made his story better than everyone else’s that day.

So, while in certain instances it may be beneficial to try to stop a story or reporter in its tracks, think about the collateral consequences and whether you are just creating news. No one wants bad press, but you need to ask yourself if you want bad press about the bad press? In other words, are you now the one creating additional news that is perhaps even more harmful to you or your client’s interests?